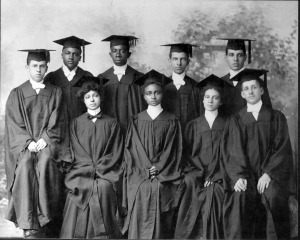 As Black History Month draws to a close, what better day than Presidents’ Day 2018 to shine a light on African-Americans who’ve defied cultural, economic, sexist and, most especially, racist roadblocks in pursuit of higher education.

Tonight, Monday, February 19, 2018, HBO and PBS roll out three thought-provoking documentaries that examine the vagaries of higher education in the African-American community.  I urge you to catch the films tonight beginning at 8:00 p.m. ET/PT, on HBO, and ending at 11:59 p.m. ET, on PBS (or during repeat screenings, on affiliate portals and DVD/Blu-ray, or via streaming as indicated individually below). 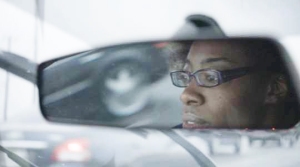 Brief vignettes capture the vibrant 26-year-old in her Austin, Texas, classroom enthusiastically sparring with her young math students (“I want them to think for themselves!”) and, off the clock, during her modern dance classes and while pursuing her other creative endeavors (singing and modeling). She’s a charmer who relishes the fact that she’s the first in her single parent family to graduate from college, earn a Masters’ Degree and buy her own home.  She hopes to go on for her Doctorate; but sadly, the hard-won education credentials and modeling photos that once gave her a positive presence on the Web are now overshadowed by her mug shot.

Ms. King was pulled over for speeding on June 15, 2015.  Footage from her encounter with white police officer Bryan Richter was recorded on his dashcam and plays out in this film.  As her pleas for a simple traffic ticket are ignored and her horrifying physical abuse at the hands of Officer Richter unfolds, you may, as I did, be unable to stifle your own vocal outcry.  The 100-pound, highly educated young teacher was brutally thrown to the pavement and hogtied by the over-sized white, male cop.

Currently nominated for an Academy Award® in the Best Documentary Short Subject category, Traffic Stop vividly documents the shameful, ongoing legacy of racism and, also in Ms. King’s case, sexism that African-Americans continue to face. The opportunities and respect due this dedicated, articulate educator, so proud of her higher education credentials and artistic talent, were nullified in an instant by a racist cop who couldn’t see past the color of her skin.

In counterpoint to Traffic Stop, the feature-length documentary Tell Them We Are Rising: The Story of Black Colleges and Universities traces the history of racial empowerment through education.

“For generations, there was no other place our parents, grandparents and great-grandparents could go to school,” recalls the film’s Emmy® and Peabody Award-winning filmmaker Stanley Nelson. “I set out to tell a story of Americans who refused to be denied a higher education and–in their resistance–created a set of institutions that would influence and shape the landscape of the country for centuries to come.”

In Tell Them We Are Rising, filmmaker Stanley Nelson (A Place of Our Own, Freedom Summer, The Murder of Emmett Till )  traces the impact of education, or lack of it, on the lives of African-Americans, from slavery through post-Civil and WWI and WWII America.  Strong focus is on the roots and evolution of black colleges and universities as seedbeds for Civil Rights activism.  Striking vintage photos and film footage and reflections from period letters (unfortunately undated), newspaper clippings and articulate historians and elderly college graduates are assets.

A group of freed slaves with books, from TELL THEM WE ARE RISING: THE STORY OF BLACK COLLEGES AND UNIVERSITIES. Photo courtesy Cook Collection/The Valentine.

In addition to the broadcast, the film serves as the second film in Stanley Nelson’s “America Revisited” trilogy and the centerpiece of the yearlong multi-platform HBCU Rising project that explores the legacy of “America’s Historically Black Colleges and Universities” (HBCUs) and features national partnerships, exclusive events, StoryCorps audio stories, video shorts, a HBCU campus tour and HBCU Digital Yearbook. For more info, check out http://HBCURising.com

Tell Them We Are Rising: The Story of Black Colleges and Universities premieres tonight, Monday, February 19, 2018, on the PBS series Independent Lens, 9:00 – 10:30 p.m. ET. (Check local listings for premiere and repeat screenings in your region and its availability on DVD/Blu-Ray.  Online streaming begins on Tuesday, February 20, 2018, at http://www.pbs.org/independent lens/

“It isn’t how you start, it’s how you finish,” says Robert Henderson, one of two African-American teenage boys whose hard-won journey from the South Side of Chicago through high school graduation and four years of college drive the five-year timeline in All the Difference.  All the Difference originally debuted on the PBS series POV in September 2016.

You can read my original, full-length review of All the Difference, published in FrontRowCenter on September 12, 2016, at  https://judithtrojan.com/2016/09/12/