The Highwaymen Were Friends Till the End

“They had a ball together,” recalls producer/director Jim Brown about the legendary subjects of his latest film.

If you’re a fan of Willie Nelson, Johnny Cash, Waylon Jennings or Kris Kristofferson, you might want to kick back and spend an hour watching Jim Brown’s American Masters’ season finale, The Highwaymen: Friends Till the End, premiering on PBS tonight, Friday, May 27, 2016, 9:00 – 10:00 p.m. ET. (Check local listings for air times in your region and http://pbs.org/americanmasters for up-to-date streaming and DVD availability.)

While I never tire of listening to Willie Nelson or Johnny Cash, I’m also a major fan of Emmy Award-winning filmmaker Jim Brown.  In my estimation, his feature-length documentaries– Pete Seeger: The Power of Song  (see my review at https://judithtrojan.com/2014/01/31/ ) and The Weavers:  Wasn’t that a Time!– are two of the most powerful, inspiring and informative films about American musicians and their milieu ever made. 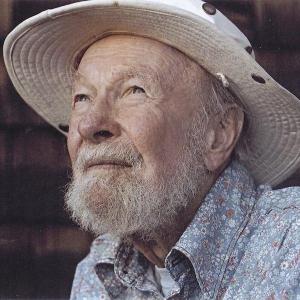 Seeger and The Weavers were mavericks who stepped outside the music industry’s and the nation’s comfort zone. They suffered consequences; but they persevered. Their music, message and resilience ultimately transcended the small minds who attempted to shut them down. They were a special breed of courageous musicians whose artistry and activism were deeply rooted in the American social and political landscape of their times.  I relish repeat screenings of these films.

While Brown’s latest film, The Highwaymen: Friends Till the End, doesn’t rise to the level of Pete Seeger and The Weavers, it has its own charm and cachet. It boasts rare vintage performance and interview footage featuring a quartet of four friends–Johnny Cash, Willie Nelson, Waylon Jennings and Kris Kristofferson–who also happened to be superstars in their own right.

A cursory timeline tracks the formation and decade-long collaboration of their country music “supergroup” (1985-1995).  Prior to 1985, Cash, Nelson, Jennings and Kristofferson had pretty much fine-tuned their voices as maverick country singer/songwriters and social and political activists. “We stood up for what we believed in,” says Kristofferson.

But by the mid-1980s, the Nashville welcome mat was blowing in the wind. Faced with lagging solo careers, they welcomed the chance to collaborate as singer/songwriters. World tours, three albums, Grammys, and even a group acting stint in Hollywood followed. Does anyone remember the 1986 remake of Stagecoach? It’s a hoot.

The Highwaymen: Friends Till the End clearly underscores the strong, respectful bonds forged by the foursome during recording sessions and on the road in performance. Director Jim Brown melds an entertaining, fast-paced mix of rare concert and behind-the-scenes footage of the quartet with vintage interviews with Cash and Jennings and present-day interviews with Nelson, Kristofferson, their wives (including Jennings’ widow, country singer Jessi Colter), and Cash’s son (John Carter Cash), assorted managers and fellow performers.

If songs like “Folsom Prison Blues,” “Mammas Don’t Let Your Babies Grow Up to Be Cowboys,” “Always on My Mind,” and “Me and Bobby McGee” touch a nostalgic nerve, you won’t want to miss this film. You’ll probably find yourself singing along, mesmerized by the quartet’s powerful stage presence and blown away by their virtuoso guitar playing. And you’ll have a dandy good start to your Memorial Day weekend!

American Masters’ season finale produced and directed by Jim Brown, The Highwaymen: Friends Till the End, premieres on PBS tonight, Friday, May 27, 2016, 9:00 – 10:00 p.m. ET. (Check local listings for air times in your region and http://pbs.org/americanmasters for up-to-date streaming and DVD availability.)

Fans should also check out The Highwaymen Live–American Outlaws, a new CD/DVD or Blu-ray box set of concert performances–including the complete Nassau Coliseum concert film clipped in Jim Brown’s documentary.  It’s available now from Columbia/Legacy, along with a new single-disc compilation CD, The Very Best of the Highwaymen. –Judith Trojan

1 Response to The Highwaymen Were Friends Till the End