The Poison Squad Provides Food for Thought on American Experience The 50-year crusade for food safety by U.S. government chemist Dr. Harvey Washington Wiley (1844-1930), leading to the creation of the FDA, is the timely focus of John Maggio’s new documentary THE POISON SQUAD for AMERICAN EXPERIENCE. Photo courtesy Library of Congress.

“One obsessive, determined person can change the world, and he did.”

If you care about the purity of the food and beverages you consume, then grab a bottle of Pepto and keep it handy as you watch The Poison Squad, the latest installment in WGBH Boston’s Award-winning American Experience series debuting on PBS tonight, Tuesday, January 28, 2020, 9:00 – 11:00 p.m. ET. (Check local listings for air times in your region and  http://www.pbs.org/wgbh/americanexperience/ and the PBS Video app for streaming and http://ShopPBS.org for DVD availability.)

You may need to take a swig or two of the pink stuff during the first half hour of this fascinating two-hour documentary, but please stick with it.  As The Poison Squad wends its way through the back alleys of the blossoming food manufacturing industry during the last half of the 19th and early 20th centuries, it’s often not a palatable picture. It was a period when Americans transformed from healthy agrarians into city folk chiefly dependent upon food and beverages processed cheaply and sloppily for mass consumption by powerful food manufacturers.  If our grandparents didn’t grow their own produce or raise cows and pigs, they bought what they assumed to be the same clean meat and produce packaged and sold in their local markets. 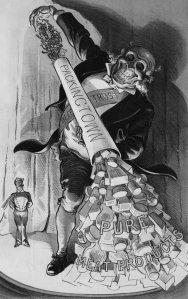 Unfortunately, there were no standards and practices in place to assure the cleanliness of food processing plants, confirm packaging claims, or question the toxicity of additives used to bring questionably fresh food and beverages, including milk for children, back to “life.” Slaughterhouses, meatpacking plants and the dairy industry were rife with unsanitary assembly lines and non-existent refrigeration.  At the top of the food chain, industrial giants like Heinz, Pillsbury, Nabisco, Coca-Cola were well-connected in Washington and seemingly untouchable.

As a result, by the late 19th century, Americans were consuming a hearty dose of garbage. The only thing “pure” about foods like honey and maple syrup, for example, was their primary ingredient: “pure corn syrup.”   Unsuspecting Americans mistakenly thought they were buying such staples as butter (beef tallow, pork fat and worse) and coffee (chicory and sawdust). Chemical additives like copper sulfate, borax, sodium benzoate and formaldehyde were used to freshen up food and beverages as they were being canned and bottled. When it wasn’t being used in food processing, formaldehyde was the go-to embalming fluid during the Civil War.  And borax was a popular cleanser and ant killer. 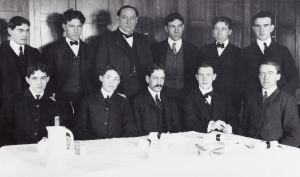 In 1902, Congress authorized funds for human trials of controversial food additives to determine their safety. Dr. Harvey Wiley (third from left in back row), then Chief of the Bureau of Chemistry, tested the additives on 12 young men who became known as “the Poison Squad.” Photo courtesy of the FDA.

Now the good news!  Enter Dr. Harvey W. Wiley (1844-1930) with a medical degree from Indiana University and another degree in chemistry from Harvard in hand, as well as lessons gleaned from growing up on a farm.  Armed with a passion to insure clean food and a take-no-prisoners evangelical zeal inherited from his progressive dad, Wiley kept his eyes on America’s kitchen tables from his perch as Chief of the Bureau of Chemistry in the Department of Agriculture.

In 1902, he embarked upon a controlled experiment with a panel of 12 young men who came to be known as “The Poison Squad,” to whom he fed food and beverages laced with chemical additives commonly used by food manufacturers of the day.

“In exchange for free food and five dollars a day, these volunteers agreed to eat only the meals served by Dr. Wiley, submit to a battery of physical examinations after each meal, and promise not to sue the federal government if they were sickened in the process.”  Yes, some got sick, but no one died.

As Wiley faced off with government officials who were in the back pockets of the food industrialists, he was supported by some fascinating allies.  Since women were the prime shoppers and cooks for their families, Wiley received a boost from powerful leaders of the women’s suffrage movement. 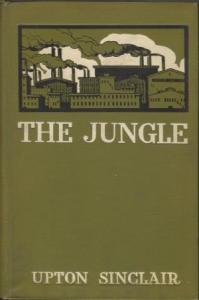 Teddy Roosevelt’s on again, off again support of Wiley’s cause thread throughout the film… from Roosevelt’s early stint on the battlefield through his terms as governor of New York and President of the United States.  Rough Rider Roosevelt remarked that he would rather eat his hat then the putrid canned meat served in soldiers’ rations.

Emmy Award-winning writer/director/producer John Maggio (recently interviewed in FrontRowCenter) peppers The Poison Squad with vintage film clips and photos as well as insights from culinary historians, investigative journalists, popular cookbook author Mark Bittman, and Deborah Blum, the author of The Poison Squad (Penguin, 2018), the book on which Maggio’s film is based. 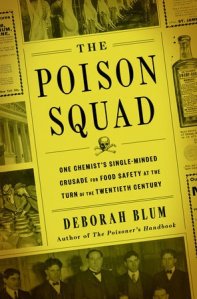 In 1906, Dr. Harvey Wiley’s crusade finally paid off, leading Congress to pass the Meat Inspection Act and the Pure Food and Drug Act, the first consumer protection laws in U.S. history, paving the way for the creation of the FDA.

Despite its late 19th and early 20th century timeline, The Poison Squad is remarkably timely today.  Cancer-causing chemicals and air pollutants are returning to our environment in a big way, as the Trump administration caters favor with big business by weakening or eliminating long established bans and restrictions on their products. Lax food labelling, e.g., fish, is also a continuing area of concern.