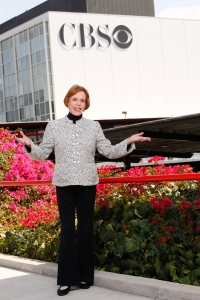 “There is a place for good fun that the whole family can watch.”– Carol Burnett.

If, like me, you’ve been held hostage this year by the psychodrama playing out in our nation’s Capitol and the devastation left behind by horrific hurricanes and home-grown terrorists, you can’t afford to miss The Carol Burnett 50th Anniversary Special. The two-hour laughfest, celebrating the golden anniversary of Carol Burnett’s iconic weekly variety series, premieres tonight, Sunday, December 3, 2017, 8:00 – 10:00 p.m. ET/PT on CBS. After its debut, you can watch it  at http://www.cbs.com/shows/carol-burnett-50th-anniversary-special/video/

National treasure  and doyenne of family friendly entertainment, comedienne Carol Burnett has actually made our nation laugh… guilt and partisan free …for more than 50 years.  Her personal trophy shelf is host to a boatload of Emmys, People’s Choice Awards and Golden Globes, as well as the Horatio Alger Award, Peabody and Ace Awards, a Kennedy Center honor, the Mark Twain Prize for American Humor and a Presidential Medal of Freedom. An endless stream of personal tributes and guest appearances continue to attest to her legacy in broadcast history as a pioneer of sketch comedy.

Although she has excelled on stage, film and TV, in both musical comedy and drama, her most unforgettable contribution to television and the entertainment industry as a whole is, of course, The Carol Burnett Show.

An hour-long comedy variety show, The Carol Burnett Show debuted on CBS on September 11, 1967, ran for 11 years, amassed 276 episodes, originated eight or nine individual comedy sketches per episode, averaged 30 million viewers per week and received 25 Emmy Awards.  It was named by Time Magazine as one of the “100 Best Television Shows of All Time,” and continues to be a hit in reruns on MeTV and, in boxed sets, on DVD.

TV audiences first became acquainted with Carol Burnett as a wildly inventive cast member of  The Gary Moore Show on CBS.  Although the concept of a woman hosting and driving her own TV variety series was inconceivable at the time, her savvy agent somehow orchestrated a clause in her contract that gave her the opportunity to host her own variety show.  When she decided to test the waters and request her own variety show, Ms. Burnett was initially shot down by skeptical CBS brass. But thanks to that ironclad contract, CBS had no choice but to acquiesce.  A star was born, and The Carol Burnett Show became must-see TV for generations of viewers and a ratings bonanza for CBS.

“The Carol Burnett Show was a comedy showcase that was years ahead of its time,” recalls Leslie Moonves, CBS Chairman and CEO. “We are very proud of the show’s significant place in CBS’s legacy as well as in television history.”

Also featured is costume designer Bob Mackie, who was a pivotal player behind the scenes on The Carol Burnett Show. Starlet O’Hara, Nora Desmond, Mama, Eunice, Mrs. Wiggins and the rest of Carol, Vicki, Lyle, Tim Conway and Harvey Korman’s beloved characters found their footing (or lack of it) in Mackie’s brilliant costumes, some of which are now housed at The Smithsonian.

And if you’re searching for a holiday gift with Carol Burnett’s name on it, grab a copy of her most recent memoir and New York Times Best Seller In Such Good Company: Eleven Years of Laughter, Mayhem, and Fun in the Sandbox (Crown Archetype, June 2016). Now available in paperback and audio formats (Random House), the book details the collaborative process that gave birth to the comedy sketches that are as fresh and hilarious today as they were 40 or 50 years ago. —Judith Trojan

2 Responses to Carol Burnett Celebrates a Golden Jubilee on CBS