The House I Live In Needs Repair 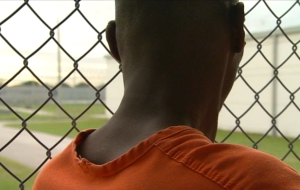 There are no easy answers to why America’s so-called “war on drugs” has been a failure, but filmmaker Eugene Jarecki’s new documentary, The House I Live In, raises enough pertinent questions and points enough fingers to fill half-a-dozen films. As a result, this bloated effort unfortunately compromises its mission and threatens to diffuse its impact on general audiences. The celebrity-endorsed Sundance Film Festival Grand Jury Prize winner may have better luck in university, political and judicial circles, where it hopefully will spur discussion and positive change. The film debuts on the PBS series Independent Lens tonight (Monday, April 8, @ 10:00 p.m. in NY). Check local listings.

Jarecki’s jumping off point is a good one:  his own back story. This singular focus could have been a powerful indictment of the racism inherent in the business of drug trafficking, addiction and incarceration if Jarecki had stuck with what he knows best. His extended family was all too familiar with oppression overseas; but in the States, his immediate family lived the American dream. Their beloved, long-time housekeeper, Nannie Jeter, opens the film as an articulate witness to the ravages of racism and drug abuse on her own African-American family.

Employed by Jarecki’s family since his birth, Nannie maintained close ties with her employer throughout the years. Unlike the polarized depictions in The Help, the Jeter and Jarecki families apparently socialized together and their youngsters bonded. Nannie subsequently lost a son to AIDS, an all-too-common consequence of heroin addiction. Jarecki uses this tragedy to explore the history of America’s “war on drugs” (first “declared” by President Richard M. Nixon) and, most especially, the role of racism in fueling its corruption and collateral damage.

Jarecki makes a valiant effort to interview those on the front lines of the drug war throughout the country—from investigative reporters, criminal justice professors and judges to local law enforcers, drug dealers, prison guards and inmates—and underscores the self–perpetuating cycle that renders progress a joke. In short, the message here is that the war on drugs is essentially “a holocaust in slow motion” as it continues to target, incarcerate and/or kill African-Americans by virtue of their race, broken families and position on the lowest rung of the inner city pecking order.

Despite its good intentions, award-winning filmmaker and roster of celebrity producers, The House I Live In would be more on track to effect change had it skipped its endless catalog of woe and finger-pointing and scattershot history of racism in America and zeroed in on one individual, inner city community or family (e.g., Nannie Jeter) impacted by drug use, trafficking and judicial inequities.

I encourage readers to check out my recent profile of Award-winning documentarian Bill Jersey @ http://www.edgemagonline.com/home15.htm for an up close and personal look at the legendary filmmaker who effectively addressed issues of class, racism and crime and punishment in America throughout his career in such films as A Time for Burning, The Rise and Fall of Jim Crow and Children of Violence.

The House I Live In premieres on Independent Lens on PBS tonight, Monday, April 8, at 10 p.m. (Check local listings.)—Judith Trojan

Judith Trojan is an Award-winning journalist who has written and edited more than 1,000 film and TV reviews and celebrity profiles.
View all posts by Judith Trojan →
This entry was posted in Film, TV and tagged A Time for Burning, Bill Jersey, Children of Violence, Criminal Justice, Drug Use & Abuse, Eugene Jarecki, Independent Lens, Racism, The House I Live In, The Rise and Fall of Jim Crow, War on Drugs. Bookmark the permalink.

1 Response to The House I Live In Needs Repair