Why We Celebrate Earth Day

Like me, you probably carry plastic water bottles around wherever you go.  They’re cheap, easy to use and too easy to discard.  They’re also dangerous.  Aside from the toxins that have been targeted in their manufacture, their disposal is choking our planet.

According to the latest statistics:  “Bottled water produces 1.5 million tons of plastic waste per year. Plastic waste is at such a high volume that it sits on barges and floats endlessly around in our oceans.”  First in line for genetic damage and death are the marine animals and birds who mistake our garbage for food.  Next up?  Us. 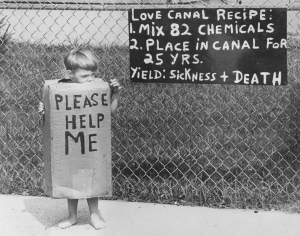 Of course, responsible recycling programs are a positive step in the right direction.  Other efforts to save our planet and its inhabitants from suffocating under a sea of garbage and pollution are recapped in A Fierce Green Fire, the latest installment in the PBS American Masters series. (The film debuts tonight on PBS in honor of Earth Day, Tuesday, April 22, at 9:00 p.m. ET. Check local listings for premiere and repeat broadcasts in your area.)

A departure from American Masters’ tradition of focusing on a single individual, A Fierce Green Fire recaps the work of various environmental activists and organizations — from the 1960s to 2009, grassroots and global — that have put their lives and reputations on the line to salvage the health of our planet. Inspired by the book of the same name by environmental journalist Philip Shabecoff, the film is divided into five brief acts that are self-explanatory: The Conservation Movement; Pollution and Cleanup; Greenpeace; Global Resources; and Climate Change.

Unlike the powerful feature-length documentaries of the past that zero in on individual environmentalists or issues, A Fierce Green Fire takes viewers on a dizzying trip down memory lane with an incendiary array of news clips, sound bites from “experts” and a handful of notable narrators, including Robert Redford, Meryl Streep, Ashley Judd, Van Jones and Isabelle Allende.

There is no doubt that this film will serve as a wake-up call for budding activists and a reminder to those of us who have become complacent.  However, writer/director/producer Mark Kitchell‘s ambitious attempt to tackle 50 years of environmental triumphs and tragedies in one hour borders on overkill.  Kitchell reduces the work of the heroic, often visionary men, women and children and the organizations they represent to virtual sound bites.

A Fierce Green Fire reminds us of the wreckage heaped upon our planet and the fruits of environmental activism, but the back stories are weakly drawn.  While it’s important, for example, to be reminded (in Act 2: Pollution and Cleanup) of the work that Lois Gibbs and her neighbors did to bring down the toxic wasteland that was the Love Canal (Niagara, NY); and it’s especially heartbreaking (in Act 3) to hear what it was like for Greenpeace activists to thwart the slaughter of whales and baby seals, these stories and others touched on here deserve better. There is little on the odds the activists overcame to attain positive outcomes and the actual toll such activism took on its participants and the communities affected. 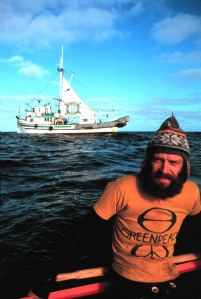 If the film’s conclusion about the politically contentious efforts to address climate change — “what a Hell of a way to run a planet”– doesn’t dampen your ardor, I suggest you check out the many fine documentaries that address environmental challenges and solutions with more depth and sensitivity, from Ken Burns’ magnificent PBS series, The National Parks, and Al Gore and Davis Guggenheim‘s Oscar-winning An Inconvenient Truth to the numerous documentaries that focus directly on such environmental trailblazers as Pete Seeger (see my January 31, 2014 post on Pete), Lois Gibbs, Jane Goodall, Chico Mendes, et al.

I also recommend that kids and adults of all ages and persuasions take a second or third look at WALL*E, the touching Disney Pixar animated feature that beautifully and simply underscores the impact of taking our planet for granted.  And don’t forget to Recycle! –Judith Trojan

American Masters: A Fierce Green Fire premieres on PBS on Tuesday, April 22, at 9:00 p.m. ET. Check local listings for premiere and repeat broadcasts in your area.  For information on the film’s back story and availability on DVD and iTunes and other formats and for additional First Run Features documentaries on environmentalism, go to  http://www.firstrunfeatures.com

2 Responses to Why We Celebrate Earth Day